Brain Health Warriors is a Nevada non-profit corporation, currently working as a subsidiary of the National non-profit Warrior Suicide Prevention Foundation/22-Warriors.  In order to support our mission of alleviating the symptoms of Post Traumatic Stress Disorder (PTSD), Traumatic Brain Injury (TBI), and many other brain-dysregulation issues, we offer the following services to the public, as well as to veterans and first responders:

Brain-training at the following locations by appointment:

Brain Health Warriors Donor Members and Veterans can schedule an appointment at one of our BrainZen training centers.  Donor Members directly contribute to the mission by supporting free/low cost neurofeedback for wounded warriors.

1. Do Brain-training for yourself, or for someone you love at the very low Donor-member rate. You can book an appointment using the Book Now button above.

2. Donate: Please join our UNTIL 22 BECOMES ZERO campaign. We are asking Donor Members to contribute $22.22 per month until 22 Becomes Zero. You can give more, or less if you can't afford, but please join us in providing the most effective, safest, and enduring holistic method of eliminating wounded warrior suicide and healing the brain dysregulations of PTSD and TBI.

Brain Health Warriors Donor Members and Veterans can schedule an appointment at one of our BrainZen training centers.  Donor Members directly contribute to the mission by supporting free/low cost neurofeedback for wounded warriors. 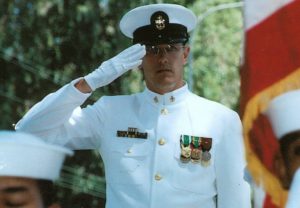 After I retired in 2001 from my twilight tour as a Navy substance abuse program manager, I continued pursuing a personal goal of being more effective in treating those with substance abuse disorders.  What I didn't learn in school came to me in my post-doctoral work, when I was called into the field of Neurofeedback.

What I discovered was nothing less then revelatory, the most significant scientific, evidence-based method of alleviating the underlying issue involved in addictive disorders, brain-dysregulation.  Once I learned to help individuals with addictions get better, all of them, with Neurofeedback brain-training, I continued to learn about all the other issues people struggle with, everything from A-Z, ADHD to Schizophrenia.

The most important thing I learned though, was how to help wounded warriors with their hidden wounds of Traumatic Brain-injury and Post-traumatic Stress Disorder.  Both of these issues are directly responsible for the number of wounded warriors who commit suicide every day.  When I first joined this field, it was estimated that 22 wounded warriors commit suicide every day.  More recently, I heard that, accounting for newer statistics, it might be as high as 75, wounded warriors, committing suicide every day.  My heart breaks every time I hear of another, because I now know that it is entirely unnecessary.  Neurofeedback brain-training is The Game Changer.  It capitalizes on the brains own plasticity to reset brain-waves into better, more functional rhythms.  We have established Brain Health Warrriors to further the broad-spread use of brain-training in clinical and non-clinical settings, at places the Vet can access.